How To Identify A Wisconsin Engine

There should be an identification plate screwed or riveted on the blower housing (flywheel shroud) or on the engine cooling fin sheet metal cover. On older engines the plate is fairly large like the example shown below on the left. On newer engines the plate is smaller, approximately 2" x 5" in size and usually blue and white, see the picture below on the right.At the very least you should be able to find four holes in the tinwork where the plate used to be screwed or riveted on. 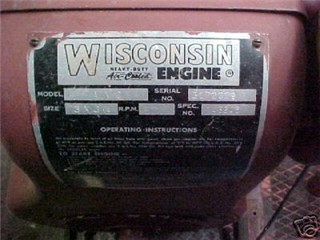 If the plate is missing there are a number of ways to determine what engine model you have. With Wisconsin we are fortunate that the casting #'s are also usually the part #'s as well. As an example the part number of all crankcases starts with "BA" and you can narrow down which engine model you have by this #. In a few instances the crankcase may be used on a couple of different engine models. You should then continue to look at other parts on the engine and see if you can come up a with a few matching #'s on our chart we have provided.

The connecting rod also has a very identifiable casting number, see the example below. All connecting rods start with part # "DA". 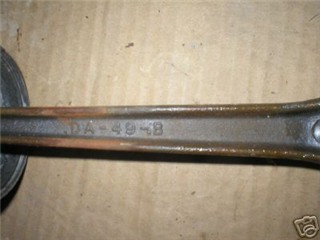 One of the easiest ways to identify the engine is by the part number of the cylinder head cast into the underside of the head. To access this, the head will have to be removed as the casting number is on the underside of the head. All cylinder head numbers start with "AB". On many of the older engines the head bolts may snap off when attempting to remove them so if you only require external engine parts and you feel there is a chance the bolts may snap off we suggest you attempt to determine the model number with the chart we have provided.

If you don't have the engine torn down completely you can usually identify what engine model you have by the number of cylinders and externally found part numbers such as crankcase casting number and carb and magneto numbers. See pics below. 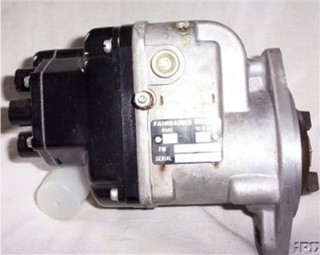 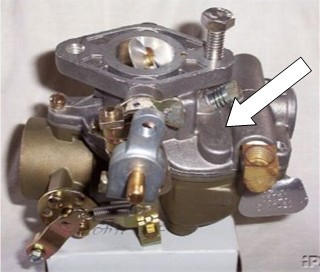 Or go to the number of cylinders your engine has and work through the part numbers listed to help you identify your engine model. We have started with the four cylinder engines and will be doing the two cylinder next followed by the single cylinder models.